in gold, silver and black

In 2005, Poren Huang launched “The Dog’s Notes” sculpture series. He uses the dog as a creative starting point and each piece of work is suggestive of the human. About 90% of the works borrow from the dog to explore various human behaviors. As most people generally feel kindness toward dogs because of their ability to soothe, Huang’s goal is to use the dog as a creative theme to convey positive traits such as self-confidence, courage, loyalty or innocence, and to provoke emotions and deeper thoughts. His work has been exhibited throughout Asia, including Seoul, Tokyo, Singapore, Hong Kong, Shanghai, and Beijing. The work displays a deep affinity with our furry friends; Huang’s large sculptural dog forms bring an imaginative and illustrative vision of animated dogs that seem to have jumped right off the page of a graphic novel or anime series into our three dimensional reality.

“It is an honor to bring the works of this acclaimed and talented artist to New York,” Yuko Nii, Founder & Artistic Director of the WAH Center states, “Poren Huang’s contemporary collection magnifies the strength of New York’s art community by giving voice to other contemporary sculptors working in our community today.” 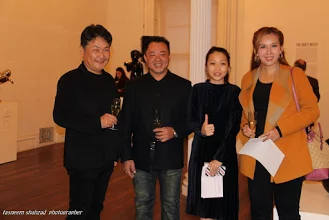 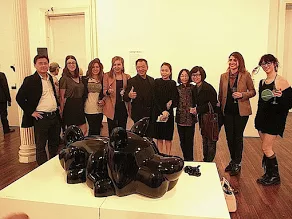 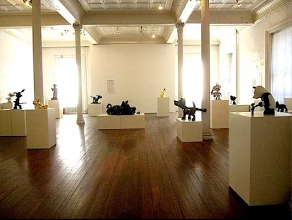