Mission of the WAH Center

September 8, 1996, Yuko Nii purchased a New York City Landmark Kings County Savings Bank and also on the National Register of Historical Places, and she founded the non-profit Williamsburg Art & Historical Center, aka WAH Center, based upon her “Bridge Concept.” That concept envisions a multifaceted, multicultural art center whose mission is to coalesce the diverse artistic community, and create a global bridge between local, national and international artists, emerging, mid-career and established artists, and artists of all disciplines. Thus through the international language of art we come to understand each other to create a more peaceful and integrated world. The WAH Center is a force for peace and understanding and its concept is incorporated in its acronym: “WAH” in Japanese means “peace” or “harmony” or “unity.” Yuko Nii also wanted to preserve the WAH Center’s architectural treasure, a French Second Empire masterpiece built in 1867, and she wants to make it a functional part of the cultural community of Williamsburg, Brooklyn, New York.

Mission of the Yuko Nii Foundation 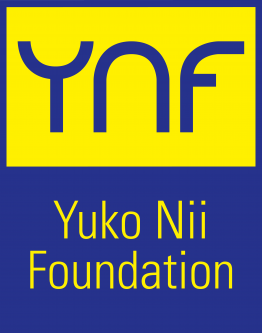 July 8, 2008 Yuko Nii founded the not-for-profit Yuko Nii Foundation, aka YNF. While the WAH Center’s mission is purely to present art programs to the public, the mission of the Yuko Nii Foundation is to hold, maintain and preserve the contemporary art and the historical artifacts and properties, including the landmark building, which Yuko Nii purchased in 1996 and later donated to the foundation in 2008. The YNF loans the art and artifacts in its permanent collection to other institutions such as museums, galleries and art organizations for their special exhibitions.