SPECIAL PERFORMANCE IN CONJUNCTION WITH THE SHOW: 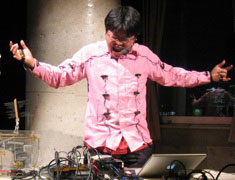 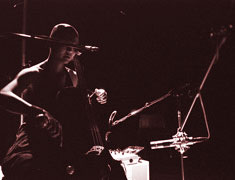 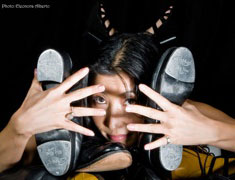 PEPPER'S PROJECT, a Tokyo-based gallery and art project, is pleased to present a group exhibition, Other Painting II: 3rd Annual Emerging Artists from Japan at The Williamsburg Art & Historical Center (The WAH Center) in Brooklyn, New York. The curator and assistant director of PEPPER'S PROJECT, Asuki Shiraishi, has curated a series of Other Painting shows in Tokyo including the same series in New York in 2008. The second edition of the Other Painting at the WAH Center showcases paintings by 13 emerging artists from Japan. The current exhibition also coincides with The 4th Annual Young Japanese Artists Book Fair that takes place at three well-known bookstores in New York.

Asuki believes that there is a new movement in painting on the current art scene. He explains as follows:

Historically speaking, from the later part of 1980s to 1990s, Conceptual Art and Installation Art were the mainstreams of the Japanese art scene, and the field of two-dimensional flat painting had stagnated and fumbled during that period. However, through the first decade of the 21st century, a few signs of change had started appearing in works by many young Japanese painters. These artists have started expressing their own thoughts in new styles with their own rules in carefree or light-hearted modes. And Asuki finds it interesting that this trend has been happening not only in Japan but also internationally.

In the midst of this particular period of “no major art movement,” he speculates that each artist today has started valuing the importance of “individual” expression as opposed to following “groups or movements.”

In recognizing the difference, Asuki titled the show Other Painting, thus differentiating it from painting trends of former years. He sees it as a sign of noticeably new but “unnamable” or “inexplicable” phenomena prevailing in today's painting world of this period of “no particular major movements or streams.”

By presenting the Other Painting II show, Asuki hopes that the American audience will see or feel something uniquely new in each work displayed.

The PEPPER'S PROJECT was established in 1998 and has organized large numbers of themed exhibitions to present the works of young Japanese artists in various genres and media. In August 2006, PEPPER'S PROJECT initiated a new program, exhibiting works of artists at numerous venues in major cities local and abroad, as a part of its extension and outreach programs. For more information on PEPPER'S PROJECT, visit www.peppers-project.com

The 4th Annual Young Japanese Artists Book Fair will be on view from February 21st to March 7th at 4 locations throughout NYC. For addresses and hours, visit
http://www.peppers-project.com/nybookfair/locations/locations.html

For further information for both events, please contact the Coordinator, Tomoko Ashikawa, at [email protected]