Light Year 14: Japan Parade is in conjunction with the exhibition, “The Yuko Nii Retrospective,” celebrating the WAH Center’s 20th Anniversary. Light Year 14: Japan Parade was originally exhibited on June 2, 2016 as a public art video projection in Dumbo, Brooklyn, organized by 3_Search and the Leo Kuelb Collection. During this show, artists’ videos were projected on the underside of the Manhattan Bridge Archway.

Kyoko Sato, an experienced, independent curator, has brought together a broad group of artists to make the “Japan Parade” possible. The contributing artists are all internationally active, Japanese artists; each bringing a unique style of videography to the project: Momoyo Torimitsu, who is known for works featuring Japanese businessmen, Motoko Wada, who worked on the 3D Snoopy movies, Kenji Toma, a photographer who has taken many photos for luxury brands such as Chanel and Dior, Mami Kosemura, an associate professor at Wako University in Tokyo, Kenji Kojima, who is known for his ‘techno synesthesia’ art, ON megumi Akiyoshi, known for her flower-themed works, and Yuki Ideguchi, who has just finished his first solo show in New York. (in collaboration with Suguru Ikeda and Masatora Goya). Director of animation films, Shigeyoshi Tsukahara recently joined the project for this event.

The theme of the video is centered on Japanese culture. They will use modern animation and high-tech methods to express traditional Japanese culture such as fusuma (sliding door) paintings, woodblock prints, Japanese novel and unique Japanese customs. The video will last around 30 minutes providing an exploration of Japanese culture through many unique lens. Leo Kuelbs Collection is an art project series founded by curator and art collector Leo Kuelbs, who is based in New York and Berlin. The outstanding works of Kuelbs includes DIVINE COALESCENCE (2012, Berlin) organized by Don Perignon, and THE DIAMOND SKY (2014, New York) organized by Tiffany & Co. at the Guggenheim Museum. Both works are presented using Projection Mapping and displayed over the inner walls of the entire building. They have also created many public art projects. BLUEPRINTS AND PERSPECTIVES (2013), and SENSE/COALESCENCE (2015) were presented in Dallas, in which videos were projected on the outside walls of a building.

LIGHT YEAR is a year-long project presented by 3_Search (Leo Kuelbs Collection, Glowing Bulbs and John Ensor Parker) in collaboration with the DUMBO Improvement District and the NYC DOT. Originally created in celebration of the United Nations’ declaration

Mami Kosemura
“Frozen” (2011, 2016)
Kosemura has a PhD from Tokyo Art University in oil painting (2005), and is now staying in New York for a year on a Gotoh Memorial Foundation Scholarship. She creates animation films by applying the structure of painting, combining photographs that look like paintings and enormous amounts of drawing-photos. The work “Flowering Plants of the Four Seasons” (2004-2006, 2016) is currently being shown at the Asia Society, New York until January 2017. For this work, she photographed flowers as they might appear on a Japanese screen. She will present a modified version of the video “Frozen” to fit the outdoor installation. The original work is in the collection of the Museum of Contemporary Art Tokyo. She serves as the editing director of this exhibition.

Momoyo Torimitsu
“Business as Habitual” (2011)
Torimatsu is well known for her works based on Japanese businessmen. She joined P.S.1 International Studio Program in 1996, and has been living in New York since. She presented in many exhibitions including Deitch Projects (NY), Mori Art Museum (Tokyo), National Museum of Singapore, Museum of Contemporary Art Australia (Sydney), ZKM| Museum of Contemporary Art (Karlsruhe), Gwangiu Biennale, Swiss Institute, Kunsthale KAdE (Amersfoort) and Tate Gallery (London). She produced this video work after watching a TV news program showing Tokyo Electric Power Company executives apologizing after the nuclear disaster. This animation is her sarcastic view of them as if they are incommunicable aliens in a puppet show.

ON megumi Akiyoshi
“Blooming Bubbles in Circulation” (2016)
She received her BFA from Tokyo University of The Arts in 1997, and MFA from School of Visual Arts, New York in 2002. Her flower themed mural is already in Leo Kuelb’s collection. Pouring water into a cup, bubbles appear and disappear. Akiyoshi sees these bubbles as a symbol of life, wishing all living things blossom fully. Her works were presented at Brooklyn Museum (NY), Singapore Art Museum, MOCA Shanghai, Japan Society (NY), and other venues worldwide.

Shigeyoshi Tsukahara | Iyasakado
“JOSEITO” (2014)
Born in 1981, Tokyo, he started to create animation when he was student. His works “JOSEITO”, “HASHI no MUKOU”, “USHIGAERU” have won many prizes in Japan. “JOSEITO” was recently presented in New York Japan CineFest 2016 at Asia Society. The original footage is 14 minutes, and remastered for Light Year 14, and is based on Osamu Dazai (1909-1948)’s novel “School Girl”, describing a day of young girl in Showa-era(1926-1989), featuring various retro items from the age. 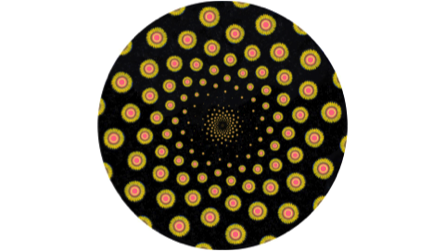 Yuki Ideguchi + Suguru Ikeda + Masatora Goya
“Great Ruler” (2016)
Ideguchi has a MFA in Japanese traditional painting from the Tokyo Art University (2013). Hailing fresh from Japan, he was scouted by Kyoko Sato, the curator of this show, for his debut in New York in group and solo exhibitions. His painting “Does the World Go Pop?” (2015) is already in the Leo Kuelbs Collection. He will create a video work for the first time by showing his signature wave and sun flowers. Ikeda collaborates with Ideguchi on making animation, while Goya adds music to the video. Goya received a BA from Kyoto University in Integrated Human Studies and a DMA from Five Towns College in Music Composition (2016).

CURATOR:
Kyoko Sato is a Japanese independent curator based in New York. She moved to the US in 2002 to pursue her dream as an art curator. In 2014, She proposed and coordinated the exhibition “Ancient Egyptian Queens and Goddesses: Treasures from The Metropolitan Museum of Art, New York” held in Tokyo and Kobe, Japan. As curator for contemporary art shows, Kyoko has participated in Waterfall Mansion & Gallery located in the Upper East Side of Manhattan and curated many shows throughout Manhattan and Brooklyn with artists across a wide range of media. She also held two exhibitions about the Great East Japan Earthquake in 2011 and 2016. Kyoko was responsible for press photo installations as well as the introduction of four photographers who relocated to the Tohoku region to document the lives of people living post-disaster.

Kyoko has previously produced and directed exhibitions and fashion shows for the NHK Group, a public television network in Japan. She received a Bachelor of Arts in art history from Waseda University in Tokyo Japan in 1995. The theme of her graduate thesis was on Jackson Pollock.